My next exhibition will be unruly memoirs:geopolitical photomontages at the Sanderson Gallery in Jervois Road, Auckland 11 june -29 june 2014.

Despite threats to bumble bees and asset sales, 2013 has been another good year for me. I have continued the body of work from the where the home is series  but have also begun photographing abandoned spaces. I would like to share  some of this year’s art  highlights and  thank Tamara Darragh from the Sanderson Gallery who encouraged me to put my work forward for this years Wallace Art Awards from which  my photomontage at home Wetlands Grove’ was acquired for the Wallace Art Collection. 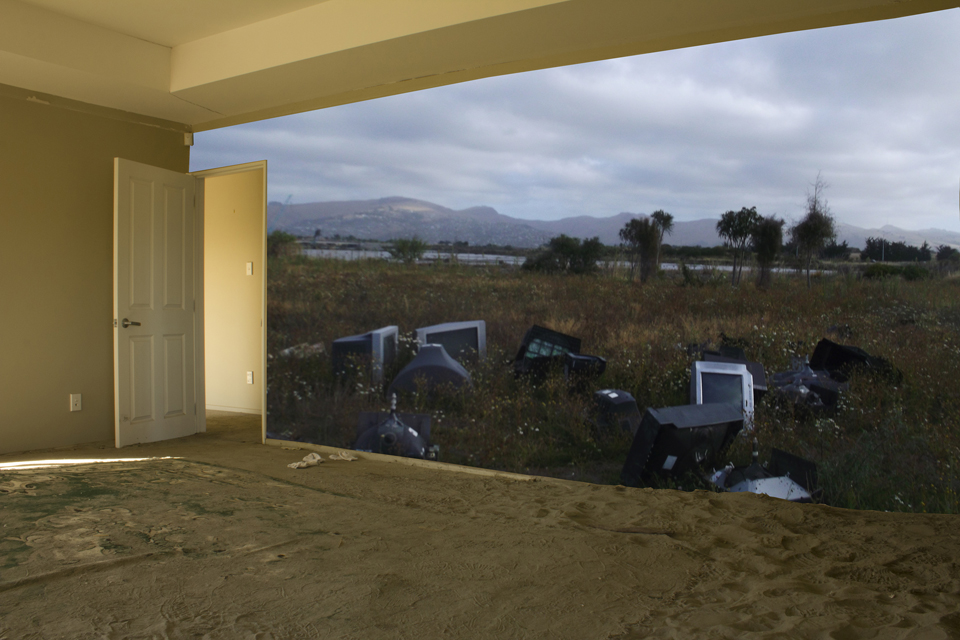 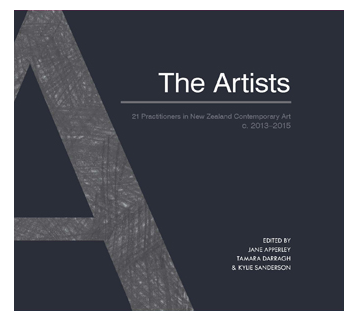 The latest edition of The Artists: 21 Practitioners in New Zealand Contemporary Art profiles a selection of exciting artists from the gallery’s offering, with essays provided by 21 of New Zealand’s most interesting art minds – critics, curators and writers.

‘I keep coming back to Jane Zusters’ work because it is art that takes the wider world as its subject. But rather than merely appraise the world, Zusters investigates and breaks down the artificial barriers between art and politics, art and society, art and life. There is no space in between: what happens in the studio has a responsibility to reflect what is going on outside of it. Zusters has been working to this end since the very beginning of her illustrious and diverse career which now stretches four decades.

During this time Zusters has worked across a range of media including drawing, photography, and painting. Her practice has never been confined to one particular process or technique; adopting this pragmatic approach has allowed Zusters to pick and choose the most effective visual and semiotic tools to convey her messages. The simplicity of her early photographic work Wet Flower (1979) and the iconic Portrait of a woman marrying herself (1977) elegantly and poignantly examine the sociology of gender and sexuality.

More recently – through both painting and photography – she has been exploring deep ecologies with a goal of illuminating humankind’s ongoing impact on the environment. In the exhibitions Bird Talk in 2008 and Return of the Moa in 2010, Zusters meshes artificial systems with natural systems resulting in an inability to separate Nature from the rest of our milieu.

In his book Ecology without Nature (2007) on art, literature, and ecocritique, US-based academic Timothy Morton stated that in effective visual art, ‘There is nothing between background and foreground. And there is nothing between frame and contents. Radical juxtaposition plays with the frame and its contents in such a way as to challenge both dualism (their absolute difference) and monism (their absolute identity).’ In the double exposure Mirage in the farmhouse, Waitaha (2008) the interior and the exterior blend together – artificial light and the boat’s reflections on the water beautifully blur the lines between presence and absence; home and away. There is no space in between to ignore your surroundings. 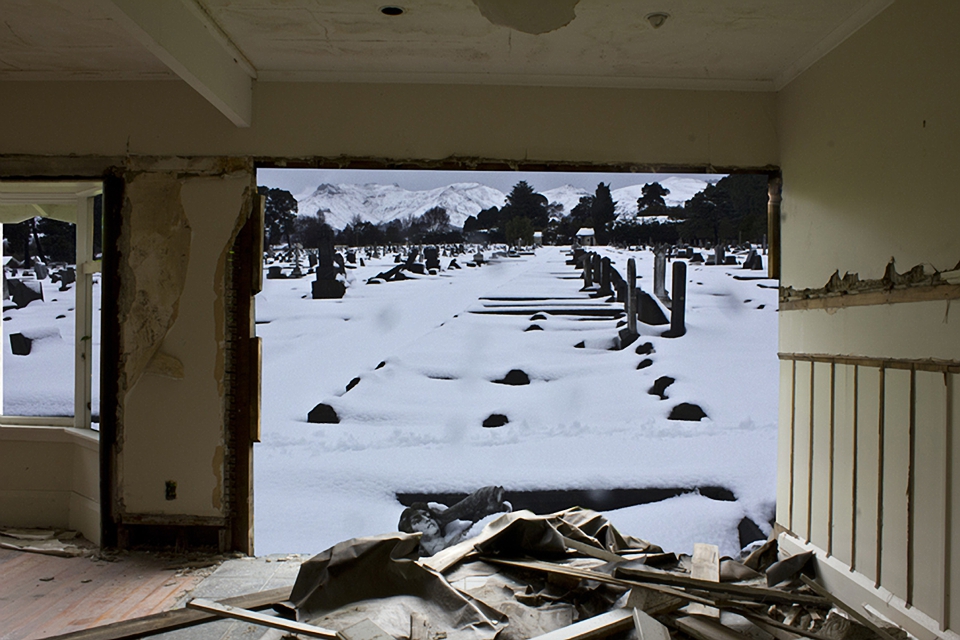 In Zusters’ most recent work the barriers that once divided one space from another have disintegrated due to the Christchurch earthquakes of September 4, 2010 and February 22, 2011. The framework literally disappears in the digital photographs, capturing a sense of displacement and impermanence. At Home Christchurch 2012 is a confronting juxtaposition where a peaceful snow-covered cemetery stretches from the crumbled walls of an abandoned house. There is a tangible sense of despair, but also a circularity and remembrance that things pass and will return again: the snow will melt away; the cemetery will continue to colonise the land around it and have its inhabitants disturbed by the roots of neighbouring trees; the house will be torn down and new structures built. At a fundamental level Zusters is an artist of change, and a proponent of great hope amongst this change’. 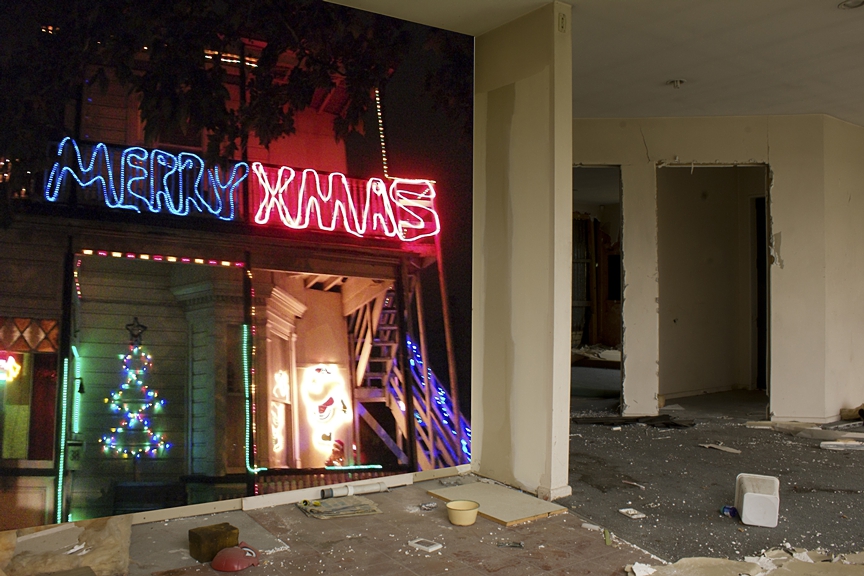