return of the moa

Haere mai and welcome to my August update of what I have been up to in my art practice.

I have been having a flat out time since I got back from my Murray River photographic trip in Australia with digital montage artist Ramonda te Maiharoa. The good news is the show Murray River Matters will be opening at The University of Newcastle Gallery, Australia 30 march 2011.

We are not islands
Think of a world
without bumblebees,
without whitebait,
without frogs.
without tuna,
without mutton birds
no kotare, heron or bittern

we are not islands for
we breathe each other’s breath 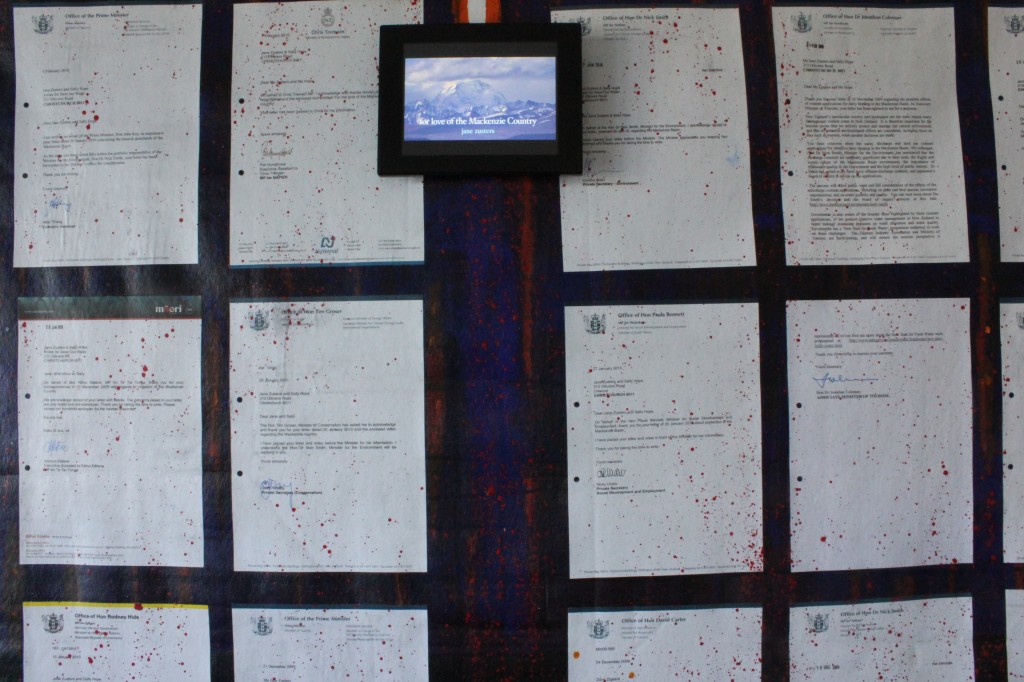 The work Crown and the video for love of the Mackenzie Country are my’ response to proposed water extractions to intensively farm 27,000 acres of land in the Mackenzie country. The letters are real and from politicians who were sent the video that plays along with the painting.Our pursuit of gross national product at the expense of the environment is not leading to gross national happiness for our rivers and lakes and the birds and the fish. We promote economic activity on the presumption that the social benefits outweigh whatever damage it might cause. However the resulting ecological damage is surpassing our ability to assimilate damage and degrading the ecological integrity of our environment. I believe we need to implement a wholly different structure for environmental decision-making that prioritizes sustainability and maintains the integrity of the ecological systems that we depend on rather than economic growth.
“Artists as Activists”, the Academy’s showcase for 2010 are: Brian Turner, Sam Mahon, Grahame Sydney, Dean Buchanan, Michael Smither, Nick Dryden, Ian Hamlin, Don Binney and Jane Zusters
NZ Academy of Fine Arts
1 Queens Wharf
Wellington
Ph 04 383 584
Forest & Bird will be launching their ‘Save the McKenzie’ campaign at a
lunchtime opening also on 20 August
The show opens to the public at 10 am on the 21st with an artists discussion (over coffee) about their activism and art.

On the 10th August Visions of Utopia : A Group Exhibition of a perfect World will be opening at COCA Gallery, Christchurch, 10 August to 2 September. This is held in association with the Anglican Cathedral and all the work will be offered for auction at a special collaborative function to be held Thursday 2 September for supporters of the Cathedral and COCA. I am exhibiting a hinged construction on rimu entitled we are not islands 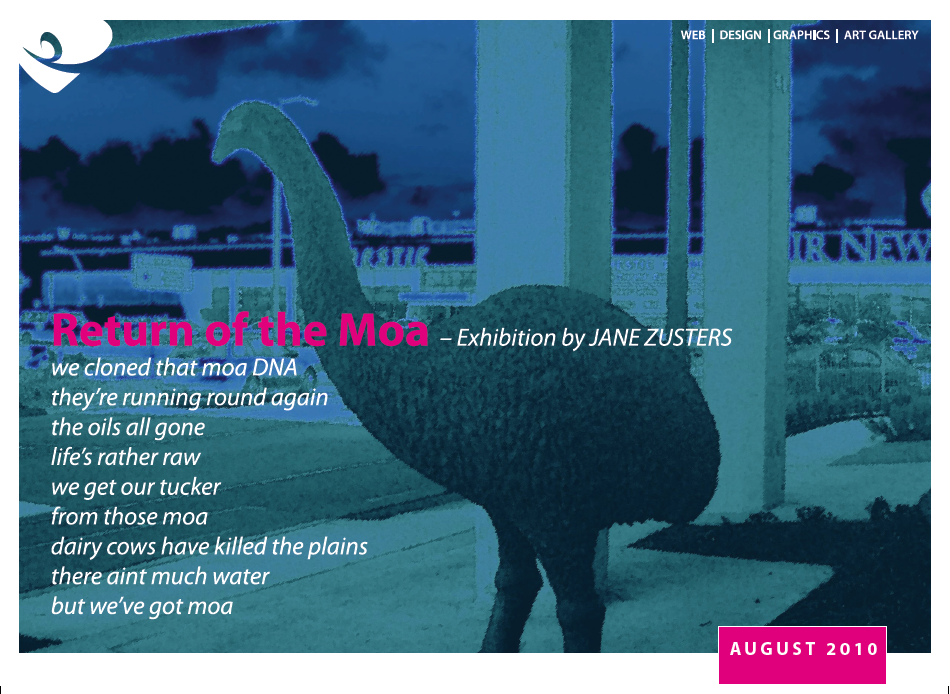 You are invited to attend: my solo show of recent painting at Quikcorp Gallery The return of the Moa where I take a wry look at the future.
we cloned that moa DNA
they’re running round again
the oils all gone
life’s rather raw
we get our tucker
from those moa
dairy cows have killed the plains
there aint much water
but we’ve got moa 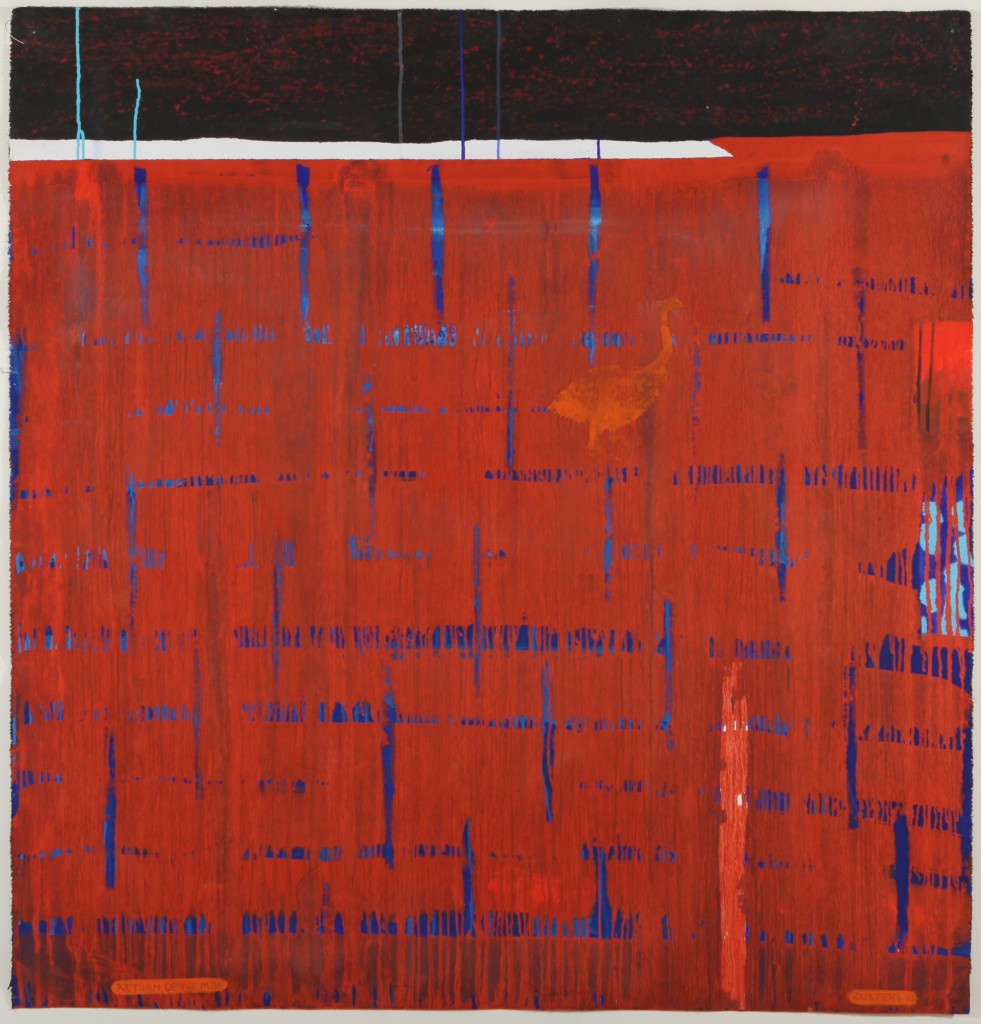 1 Response to return of the moa